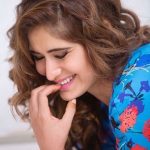 We know that the world is not made up of just rainbows and roses. The good, bad, and ugly unfortunately go hand in hand. Rainbows do not occur without the rain and roses always have thorn beds, just like the world we live in. People are put in the worst situations and come out stronger while fighting to live another day.

Right from child trafficking, molestation, marital rape to sexual harassment, the world seems to be a nasty place for innocent lives. We tend to assume that these unfair situations occur to people who lack money and power but the truth is people from all walks of life face horrendous circumstances that shatter their will to live. Celebrities and other famous personalities have been victims to such disgusting acts but have fought their way through the torture. They speak about their experiences when they are ready and bring to light the injustice that occurred to them. Gone are the days when they hid behind closed doors to avoid media bashing and controversy. It is remarkable that celebrities these days use their voice to create awareness about these crimes and speak up for those who cannot. It takes courage and strength to do so and we are compassionate and supportive to you for taking that step.

When Arti Opened Up

One such celebrity who opened up about her experience is Arti Singh. On one of the episodes on the reality show, Big Boss 13, she revealed that she was almost raped at the tender age of 13. She is an Indian television actress who is known for her roles in Hindi dramas like Parichay, Uttaran and Waaris. She is the niece of the famous Bollywood entertainer Govinda and the sister of Krishna Abhishek, actor and comedian. Recently, Deepika Padukone, Vikrant Massey and Laxmi Agarwal visited the Big Boss house to promote their new release Chhapaak. Deepika portrays an acid-attack victim in the movie and a few years ago broke the stigma around mental health when she opened up about her depression. During these discussions in the big Boss house between the actors and the participants, Arti Singh broke down in tears revealing that she was almost raped at the age of 13 but did not feel comfortable to share her story with her family members.

Her story brought tears to everyone‚Äôs eyes but she received immense support for her strength and courage to make public this horrific incident that had happened to her. She said that she was locked in her house and was attempted rape. While sharing her experience, her hands trembled and her voice shook but she summoned up the courage and opened up about it.

Arti Singh said that she got the strength to share her story because of Deepika Padukone who spoke about her depression even though it is a taboo in our society. Arti said that she was inspired by Deepika to share what she had been through and thanked the Chhapaak actress for helping her in this decision to use her voice.

The news spread all over the internet and her sister-in-law, Kashmera raised her concern in an interview. She said she was deeply disturbed by the news and wants to kill the person who molested her little sister-in-law. She said Krishna, who is Arti‚Äôs brother and she had absolutely no idea about this incident and she was devastated to hear it. As a person who helps such victims, she said she had no idea that a victim was so close to her, in her family and she wished that Arti had spoken to her about it. Kashmera was disturbed by the news and said she will be able to comment more on it only after she has spoken to Arti. Her brother made no comment on it but we know it would have deeply hurt him to hear that she had gone through something so horrifying. After all, he loves his little sister and would have wanted to protect her from all harm.

We are enraged that the person who did this to Arti is still out there, somewhere without having faced the consequences of his actions. That monster deserves nothing but punishment for molesting Arti at such a young age and scarring her for life. He inflicted a wound so deep in her that she took so much time to even talk about it and after all these years, still had trembling hands while doing so. But the thing about women is, we are tough and she fought through the pain and came out strong. We are proud of her for finding the courage to speak up about the awful incident. We hope that she reassured other women in and out of the industry to be brave and speak out about such incidents and that no matter what, they have the support of women everywhere.