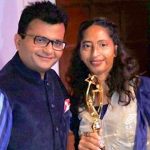 Women: Considered as the vessels of our society, its plentiful resource, and the bearer of the societyâ€™s most depraved instincts.

For centuries, our patriarchal society has wanted to keep women shackled. It has bound them with constricting rules in the names of customs and devoid them of opportunities to rise. And still, women have managed to march beyond and reach for the stars. And this article is dedicated to one such woman, Daulat Bi Khan, who didnâ€™t let her personal tragedy hold her back, instead, she used it as an opportunity to help others like her!

The French author, Anais Nin said, â€śLife shrinks or expands in proportion to oneâ€™s courage.â€ť And Daulat Biâ€™s immense courage in the face of a hardship definitely made her life the stuff of legends!

Who Is Daulat Bi Khan?

Daulat Bi Khanis the owner of the NGO Acid Attack Survivor Sahas Foundation, which is a Mumbai-based Foundation that seeks to provide support to acid attack survivors through the means of counseling. The foundation also provides education and employment opportunities to about 26 acid attack survivors, thereby helping them lead an independent life. Now, you must be wondering what makes Daulatâ€™s noble enterprise different from that of any other noble do-gooderâ€™s. Well, Daulatâ€™s noble initiative wasnâ€™t born out of a simple altruistic impulse, rather, it was born out of her own personal tragedy.

Back in 2005, Daulat Bi was a 26-year old, a budding makeup artist who had her whole life ahead of her. But, alas, it wasnâ€™t meant to be. Her life took a turn for the worse when she was attacked with acid by her own family members. Daulatâ€™s mother was staying with her brother and sister-in-law, who had been mistreating her, and when Daulat objected to this, they retaliated by throwing acid at her face. The acid melted her face, hands, and back. It also affected her eyesight; discussing her ordeal with an online portal she said, â€śI couldnâ€™t open my eyelid, nor my mouth. I cannot even describe the pain I underwent. It felt as if I was sitting inside a fire. The acid had burned down to the bottom epidermis, below my nerves.â€ť

The attack left her spirit wounded. She spent months in the hospital and underwent multiple surgeries, and when she finally got out of the hospital, she realized that no one was willing to give a job to a makeup artist with a disfigured face. â€śI spent almost a year on my bed at home. I began hunting for a job, but nobody was ready to give me one because of the way I looked. I used to be a professional makeup artist. There was no place for me in the industry anymore.â€ť

Can you imagine yourself in such a scenario? Can you imagine the mental and physical trauma that Daulat mustâ€™ve had to endure? Itâ€™s enough to make even the bravest give up, but not Daulat. Instead of giving in to despair, she decided to fight the stigma faced by acid attack survivors by creating a safe haven for them in the form of her foundation.

How She Became The Voice Of The Defenseless

Much before laying the seeds of her foundation, Daulat was working with a collective of lawyers and activists called Human Rights Network. It specialized in fighting for the cause of disadvantaged sections of the society. It was here that she met a senior lawyer who was employed at a high court. He encouraged her to form her own foundation. While initially, she pooled in her own money to get the project going, later on, activists like Amruta Fadnavis, and AneelMunarka, MD of Mirachem Industries, provided her with financial assistance through donations.

Today, in 2019, the foundation has managed to bring light into the lives of many acid attack survivors by providing them with employment opportunities, helping them pay their medical bills, and even helped one of them get married!

By establishing this foundation, Daulat has provided an apt answer to those who believe that such attacks can silence women. She has managed to carve an identity for herself as a valued member of society with her contribution, which is truly an unimaginable feat for most â€śnormalâ€ť people out there!

If you are looking for inspiration, you only need to venture on the social media profile of the foundation to see Daulatâ€™s efforts bear fruits. The profile serves as a visual narrative of her efforts and her success. Picture after picture captures the positive change, she has managed to bring in the lives of several others like her. She has managed to show the world that though her attackers were successful in disfiguring her body, they couldnâ€™t break her spirit.