My Story: ‚ÄúI Walked Away From My Abusive Family At 2 AM With Rs 750 In My Pocket. Today, I Am A Successful Lawyer‚Äù 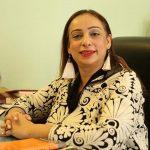 We all grew up listening to stories that glorified sacrifice and selflessness. Love is strongly associated with sacrifice by almost everyone and it‚Äôs true indeed. We should be able to sacrifice when our loved ones are in need. However, many people find it hard to love themselves just because they are taught to take care of the family first. And, living with toxic family members becomes a duty and walking away from them becomes a sin. But, once you learn how much of love and respect you are worthy of, you will learn to protect yourself from all the toxicity that you‚Äôve been suffering from. It doesn‚Äôt matter if it‚Äôs your parents, siblings, partner, or in-laws. Toxic is toxic and you have every right to stay away from them.

To prove this point, we are going to tell you the story of an extraordinarily strong woman, Vandana Shah. Vandana Shah is one of those bravehearts who stood up for themselves even if it‚Äôs against their own family. She walked out of her abusive family at two o‚Äô clock in the middle of the night with only Rs 750 with her. This happened 18 years ago and after that night she never looked back. Today, she‚Äôs a successful lawyer who handles divorce cases and offers counseling to those who are suffering from broken marriages just like she did. Want to know more about Vandana? Read on.

Vandana lost both her parents to cancer when she was in her early twenties. Coming from an army family, Vandana was always strong when dealing with difficult situations. She continued with her education even after her parents‚Äô demise. She grew up in Ambala and then, later on, moved to Mumbai where she completed her education. Vandana had a degree in Psychology and it ignited her desire to study law. She owes her ability to deal with hardships to her parents and her upbringing.

‚ÄúMy father always insisted that I read newspapers daily to be aware of my surroundings, this helped me significantly. He is also the one who guided me to become financially independent. My mother taught me that life is what one makes out of their own choices. She always believed in me, told me that I could achieve all that I wanted, as long as I worked hard for it,‚Äù she said in an interview with an online media portal.

Vandana‚Äôs life changed for the better when she left her in-laws house one night. She was out in the streets all by herself at that time and she remembers weeping out of bewilderment. But, crying isn‚Äôt a sign of weakness and Vandana picked herself up from there for a journey she was determined to survive. One can only imagine how things would have been for Vandana. She was the daughter-in-law of a respectable family and all of a sudden she‚Äôs out of her house and from the life of her husband. Heart-breaking, right?

In the year 2000, Vandana‚Äôs husband filed for divorce and that encouraged Vandana to learn law extensively. Since her case went on for about 10 years, she wanted to know what was happening. Once she understood her subject well, she decided to empower other people with her knowledge. Vandana is the author of of Ex- files, a book in which she has narrated the story of her divorce.

Growing While Lifting Others Up

Vandana started a support group that helped give a voice to women like her. She did consider making it a paid service but whenever she heard a helpless woman talk about the difficulties of her life, Vandana couldn‚Äôt charge them. So, she decided to offer her counseling for free. According to Vandana, when a woman goes through difficulties in her marital life, all she wants is to be heard. She doesn‚Äôt need the countless hours of advice offered by her family members free of cost. She knows that this is true, because she never got much help from her family members either.

‚ÄúI would not be exaggerating if I say that I have fought my battle completely on my own. Today, I am a lawyer, and I am loved and wanted. What sort of lawyer am I? I will let my clients decide that. All I can say is, money has never been my motivator,‚Äù she said in the interview.

Vandana helps women understand that divorce is not the end of life and there are so many other things to live for. Her support group not only helps women but also men who are in need. Against the popular belief, men do cry and have emotional troubles just as much as women. And they get benefited from counseling sessions too.

Today, Vandana is a successful lawyer who handles divorce cases in Mumbai and she is one of the senior advocates in the NCW (National Commission Women). Vandana‚Äôs one-woman mission is an example of how successful you can be if you love yourself and believe in your abilities. Did you find this story inspiring? Share your thoughts with us in the comments section below.

Reddit
0
« 6 Different Types Of Liars And How To Deal With Them How To Oil Your Hair: Step-By-Step Guide To Apply Hair Oil For Hair Growth And Conditioning »