Sugaring Vs. Waxing ‚Äì What‚Äôs The Difference, And Which One Is Better? 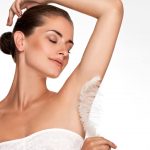 When talking about body hair removal, the first two things that come to mind are waxing and shaving. Both these methods of hair removal are fast, cheap, and easy. But, there is another method that has recently risen to popularity and is probably the sweetest way to remove body hair. It‚Äôs called sugaring. Sugaring and waxing are hair removal techniques that have been around for quite a long time. They are similar yet different. Find out which one is suitable for you.

Sugaring Vs. Waxing: What‚Äôs The Difference?

Both sugaring and waxing are traditional methods of hair removal. However, there is a slight difference between the two that we have explored below.

This method involves using a paste or gel made with sugar, water, and lemon to remove your hair. This method of waxing originated in Persia and has been used for removing body hair since 1900 BC. Sugaring is very similar to modern-day waxing, but it is much less painful.

What Is The Process?

Those who prefer a more natural method of hair removal are switching to sugaring. The sugaring paste can be prepared at home easily. All you need to do is:

If you keep the mixture on the flame for a bit longer, it turns into a hard wax. When using hard wax, you do not need to use a cloth to remove it. You can just grab the edges of the paste and pull it off. However, if you keep it on the flame for less time, it will become soft wax, and you will need to use a cloth to remove the sugar wax from your skin. You can also buy sugaring paste online or from the store.

How Effective Is Sugaring?

It removes the hair from its roots. Depending on the rate of your hair growth, the hair may regrow in 2-3 weeks.

Sugaring hurts. Since it involves pulling the hair from the roots, it will hurt a bit. However, the pain is much less than what you feel during waxing. Compared to waxing, your skin will feel less irritated after sugaring.

This is a hair removal method in which you use waxes that are derived from trees and prepared from resins. There are two types of waxes available on the market ‚Äì hot wax and cold wax. If you are using hot wax, which has a hard consistency, you will have to melt it first and then apply. However, you can use cold wax directly on the skin without heating it first.

What Is The Process?

In this method, the wax is applied on the skin and removed using a cloth or disposable waxing strip. Hot wax needs to be melted first, while cold wax can be used directly on the skin.

How Effective Is Waxing?

This process also removes hair from the roots. Your hair may regrow in 2-3 weeks, depending on the rate of hair growth. However, you need to wait until the hair grows at least ¬º inch before you wax it off again. This is because the wax cannot grab the hair if it is less than the said length.

Yes, it hurts! Since the hair is pulled in the opposite direction, it hurts quite a bit. Moreover, while pulling the strip, the wax tugs your skin. This might irritate your skin and cause redness.

There is yet another difference between sugaring and waxing. The application method and the way you pull off the hair are different in both the processes.

Sugaring And Waxing: The Application Procedure

When you pull in the same direction of the hair growth, it causes less pain compared to pulling in the opposite direction. That is why sugaring is often used for removing hair from sensitive parts, such as the bikini line and underarms.

Should you go for sugaring or waxing? In the infographic below, we have evaluated both the processes to help you make a decision.

Of course, sugaring has a few advantages over waxing. If you have sensitive skin, we would suggest you go for sugaring. This is because it is completely natural and sticks more to the hair and less to your skin. You may also try sugaring or waxing at home. However, you may not be able to remove hair as neatly as a trained esthetician. If not done correctly, you may get bumps and ingrown hairs. If you think waxing makes your skin feel rough and aggravated, you may try sugaring.

Have you ever tried sugaring? Which method, in your opinion, is the best for the skin? Share your opinion in the comments section below.