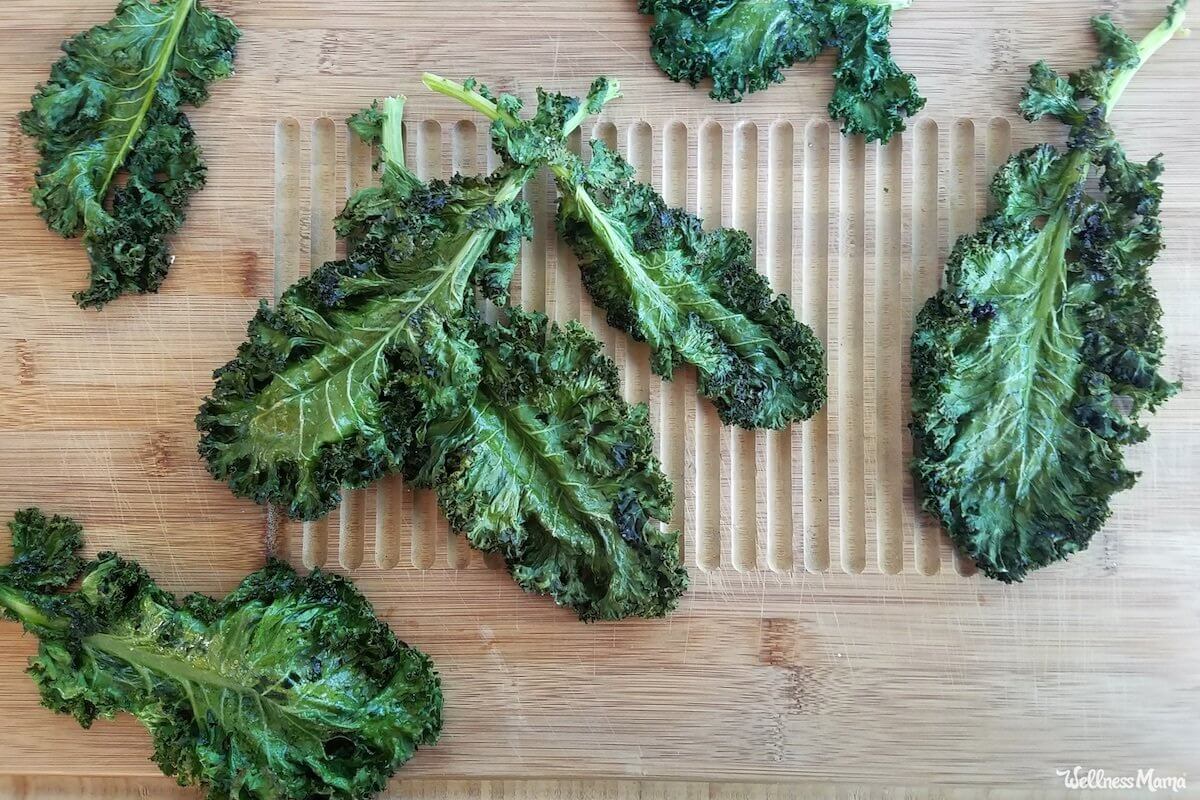 Like beets, kale is a super nutrient-dense food, but not always a kid favorite. ItŌĆÖs taken a good amount of recipe testing to come up with uses for kale that my family enjoys. My kids donŌĆÖt much like kale in stir-fries or cooked dishes, but they really like this crispy kale chips recipe!

ThereŌĆÖs a reason that kale is called a superfood and nutritional powerhouse. ItŌĆÖs loaded with vitamins A, C, D, and K. Kale is also one of the best food sources of calcium. ItŌĆÖs dark green color means it has a good amount of iron and the antioxidant quercetin too.

Most people have heard of kaleŌĆÖs amazing nutrient superpowers, but some still arenŌĆÖt sure what to do with it. I mentioned earlier that you can toss it in a stir fry, but here are some other options:

Kale is a leafy vegetable that looks like it should be tossed in a salad. If youŌĆÖre not much of a kale eater though, you might be in for a shock if you try it that way. Kale is a little bit bitter and quite a bit tougher than your average salad lettuces.

The best way to soften kale leaves up a little is to slice them nice and thin and rub them with a vinaigrette. Yup, I said rub them. Most people enjoy a nice massage and apparently kale does too. Read more about it in this post for shaved apple and kale salad.

Put It in a Soup

Because kale is a little thicker and tougher, it holds up really well in soups. It becomes a little softer, but still has some nice bite to it. I freeze kale, onions, and carrots from the garden in the summer to make this chicken soup in the fall.

Put It in a Smoothie

Are you a fan of green smoothies? You could try replacing the spinach in this recipe with kale.

Kale chips are, in my opinion, the most kid-friendly way to serve kale, especially if it is a new veggie at your house. ItŌĆÖs also one of the simplest recipes for it. Just rub each dry leaf with oil, sprinkle them with salt, and bake them in the oven until theyŌĆÖre crispy. Mmm. So easy and so tasty. You can be adventurous and try other seasonings too, like cumin, Parmesan, or lemon zest. This fun recipe adds sriracha and coconut chips!

One note on kale in case you donŌĆÖt already know it: Cut out the center rib of each leaf. ItŌĆÖs really tough and chewy!

Crispy kale chips baked in the oven with olive oil and sea salt.

Ever made kale chips? What is your favorite way to prepare kale?